Well it has been a long time since I posted on here! I dutifully took lot's of pictures over the summer... all of them blurry and out of focus.

The summer went by far too quickly.
We had an illness in the family which, took up quite a bit of our summer. Finally, in the last few weeks, I had time for my kids but.. we really did very little. I found myself wishing that we could have just a couple of more weeks together before school began.

As usual, a lot of our time was spent at soccer and baseball. I was glad when it was all over. I LOVE watching my kids.. but the crap that comes along with Seb coaching two teams takes its toll on our family. Literally, from May to September he is either at work or soccer. So, I'm happy that is done for another year.

Since our oldest son Joe turned 20 this year (WHAAAA???)...he is now playing in a Men's league. Which, is a whole other ball game from Youth. The second week, he had his big toe broken.. then over the course of the summer, he had both ankles taken out. (by the same asshole team that should be ashamed of themselves!). But like I said.. it's an adult men's team and Mummy running out onto the field to yell at the big a-hole jerk that hurt her kid is generally frowned upon. (by the son).  :)

He also did his first "ride along". You may remember that Joe would like to be a police officer. A friend of ours is a cop and just recently started back on the road so he offered to take Joe along with him one Friday night this past summer. Of course Joe loved it and had a great time. We've lived in the same town for his whole life-it's not a very big town.. but he said.. "Mum, I was on streets I've never been on and saw people I've never seen before".   Let's just say I think he realizes how sheltered we've kept him. (he'd like to believe he's street smart).
Anyhow.. he's now in his second year of college and still loving it.
Unfortunately, one of his close friends was killed at the end of the summer. Joe had known and gone to school with Andy since he was 2 years old. They started pre-school together all the way up to grade 12. About a week before he died, Joe met up with him. Andy said that he wanted to get together before they all went back to school and that he'd be in touch. The next Monday, Andy was riding an ATV at work and was found dead beside it. Sadly, the big get together ended up being his "Celebration of Life". We went to pay our respects to the Mother and brother (Andy's father had died earlier this year as well). Joe was in line watching a slideshow. Some pictures of him and Andy together came up and I think it really hit home that his friend was gone for good. He had to leave. Of course I was a big old blubbering mess by the time I got up to the Mother.

Tony got a job working at a gas station. He also started University and is majoring in business. So far he seems to be like it a lot. He mostly just spent the summer working and fighting with his brothers and sister. :)  And playing house league soccer.


Gabby played rep soccer for the first year. Her team did really well! They ended up first in their league. She also did 6 weeks of Drama camp. Loved it!

Massimo played house league soccer as well. He spent the summer being "Massimo" His catch phrase went from.. "NOT on my Watch!!!" to " Oh HELLLLLL NO!!".. He also became addicted to the show " Conspiracy Theory with Jesse Ventura"..

What can I say that would possibly top that???
I'm sure that I'll remember more.. and hopefully will be able to come up with some pictures!!!

I love reading about you and your life. My heart is literally aching right now for the mom who lost her son and husband. :( Life is so fast and crazy and full of ball games and carpools and running, running, running. But it is also so transient. Love you my beautiful friend. <3

Poor woman, losing her husband and son in the same year. I hope she has the strength to keep going.

Could you post a video of the Masster shouting "Oh HELLLLL NO!"? It would make everyone's day!

sigh...my hand over my mouth as I read about the loss of this young man...

Thank you for sharing your life with us..I soooooooooooooo love being a part of it and 'riding along'...((hugs)).

Sorry to hear of Joe's friends death at that age my friend and my to be wife's brother passed on unexpectedly. It is so hard on those left behind. One friend met my wife a while back - all she talked about was Roger over 30 years later.

Football, not soccer! My daughter's boyfriend who is still 27 moved up to men's league and has had some challenging tackles to deal with

Since our oldest son Joe turned 20 this year (WHAAAA???)...he is now playing in a Men's league. Which, is a whole other ball game from Youth. The second week, he had his big toe broken.. then over the course of the summer, he had both ankles taken out. (by the same asshole team that should be ashamed of themselves!)

The cliche is that soccer is a gentlemen's game played by barbarians.

Unfortunately, one of his close friends was killed at the end of the summer. Joe had known and gone to school with Andy since he was 2 years old. They started pre-school together all the way up to grade 12. About a week before he died, Joe met up with him. Andy said that he wanted to get together before they all went back to school and that he'd be in touch. The next Monday, Andy was riding an ATV at work and was found dead beside it.

That's horrible. At that age, I lost three old friends in one weekend. I was a basket case for a couple of days.

Laura, did you pop in recently? Have you started a new blog? I may be making this up and I can't find it. Let me know!

Share these videos with as many people as you can. They must go viral.

It is time that people started waking up to what is around them.

This video has inspired me and so many other people
https://www.youtube.com/watch?v=s3tzPdT9T7U

This is such a nice addition thanks!!!
غلا الروح
شات صوتي

Have you ever wondered if it's possible to hack things the way hackers do it in the movies.🤔🤔

"AS LONG AS IT'S TECHNOLOGY, IT CAN BE HACKED"

Hacking can easily be done by planting a computer virus or spyware(depending on what the hacker intend to do) in the targeted device.🤐🤐

We at THE HACK GEEKS give you the best hacking service there ever is.👌👌

We understand the Issues of scammers all over the internet and that's why we give you a solid prove of our services.

We have got the top hackers in hackerone that are always ready to hack for you anytime ,anywhere, any device, organisation, federal agencies, university, college you just think of it.

Spying on kids, wife or husband.

*To Sniff, Erase or Change a file in a Company, Organisation or in a Federal agency?📖📃

Eg: Changing of grades in a university.

Deleting of files such as criminal records and evidence.

Changing of files and evidence in federal facilities.

Stealing of files and document from companies and organizations.

*To hack an Email or any Social Media account?💞

*To Transfer funds without been detected?💴💵💷

*To increase your credit score?🔝🔝

ALL THESE ARE WHAT WE CAN DO FOR YOU.

We are descrete and won't expose our service to you to anyone.

We look forward to hacking for you.

THE ONLY TRUE HACKER IN THE WORLD ® said...

INSTEAD OF GETTING A LOAN,, I GOT SOMETHING NEW
Get $5,500 USD every day, for six months!

See how it works
Do you know you can hack into any ATM machine with a hacked ATM card??
Make up you mind before applying, straight deal...

Order for a blank ATM card now and get millions within a week!: contact us
via email address::{Universalcardshackers@gmail.com}

We have specially programmed ATM cards that can be use to hack ATM
machines, the ATM cards can be used to withdraw at the ATM or swipe, at
stores and POS. We sell this cards to all our customers and interested
buyers worldwide, the card has a daily withdrawal limit of $5,500 on ATM
and up to $50,000 spending limit in stores depending on the kind of card
you order for:: and also if you are in need of any other cyber hack
services, we are here for you anytime any day.

Here is our price lists for the ATM CARDS:

make up your mind before applying, straight deal!!!

The price include shipping fees and charges, order now: contact us via
email address:: {Universalcardshackers@gmail.com}


I'm here to testify about Mr John Blank ATM Cards which can withdraw money from any ATM machines around the world.. firstly I thought it was scam until I saw so many testimony about how Mr John sent them the ATM blank card and how it was used to withdraw money in any ATM machine and become rich so I decided to risk the opportunity I contacted him also and I applied for the Blank Card to my greatest surprise I have used it to get 10,000 dollars. maximum withdrawal daily $1,000, Mr John is giving out the card just to help the poor. Hack and take money directly from any ATM Machine Vault,If your interested kindly contact him directly on his email (johnlopez1945@gmail.com)

Cool way to have financial freedom!!! Are you tired of living a poor life, here is the opportunity you have been waiting for. Get the new ATM BLANK CARD that can hack any ATM MACHINE and withdraw money from any account. You do not require anybody’s account number before you can use it. Although you and I knows that its illegal,there is no risk using it. It has SPECIAL FEATURES, that makes the machine unable to detect this very card,and its transaction can’t be traced .You can use it anywhere in the world. With this card,you can withdraw nothing less than $4,500 a day. So to get the card,reach the hackers via email address : besthackersworld58@gmail.com or whatsapp him on +1(323)-723-2568

Laura
I am an apron loving wife and Mama. I have been married for 20 years and have 4 children. 3 sons and one daughter. 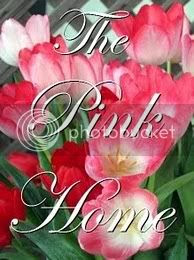 I changed my font at thecutestblogontheblock.com

I changed my font at thecutestblogontheblock.com